In the Orange Mode

Kevin Whyte aka Rural, African American, from Maypen, Clarendon, Jamaica passion is music. While pursuing your

dream, what do you do to pay the bills? He implies,” I have a home recording studio so I do recording and mixes for other artists.” What else have you done using your artistic skill and have you worked with anyone famous? He says,” I’m a producer, beat maker, and songwriter and engineer as well. The most famous person that I’ve worked with so far would be Mad Cobra, who is an international gold selling artist here in Jamaica! I have also done some collabs with another artist who goes by the name Iceman. He’s well known here but not so much internationally.”

How long have you been expressing your artistic side? He says, “Well I’ve been expressing myself musically since I was a child, but professionally it’s about ten to twelve years now.” Who shot and produced your video if you have one? He says, “Well Our Teachings was shot by Mr. Ariff Butler of Bloozick Media and Call Me was shot by Mr. David “Gad Savage” Rogers of Thirteenth Tribe Productions.” Do you have any musical or other positive influences in your life, what or who inspires you? He says,” My musical influences comes from my love of the music of Artists such as Peter Tosh, Bob Marley, Beres Hammond, Bounty Killer Jr. Gong to name a few. Positive influence, I would say is my family but not influence in the sense of them giving me encouragement orally but influence in the sense that I see where we are and I want to make it better for us because my mom is getting older so I would like for her to stop working and just chill and live it up for the rest of her years!! Kind of like a motivation.” 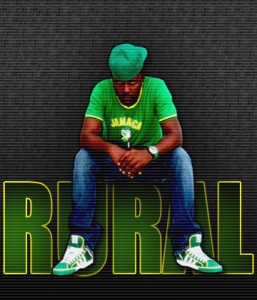 You are a talented young man; I am sure all the ladies out in the Orangeverse would like to know are you single? He implies,”Hahahaha yes I am.” What is your favorite body part or what do you like most about a young lady? He says,” Her eyes, lips and booty (haha) what I like um….She just has to challenge me mentally, just don’t sit around waiting on me to solve every little issue by myself, I want to know that I have that support and…… oh and I love when she is a turn on lol.” If you had your choice of any woman in the world what woman would you like to get at (romantically that is)? He says,”hmmm let me see now……….Salma Hayek, Megan Good and Rihanna…sorry I just couldn’t name one.”

Do you have any children? He implies, “Not yet but I really want to start soon.” What would you say your best

attribute is? He says, “I’m a joker so as long as you’re around me prepare for a great laugh.” Do you have any tattoos and do they have a special meaning? He says, “No I don’t! I just don’t think it’s going to look cool when I’m eighteen years of age lol.” Do you dance? He says,” I try, haha.” Do you work out or go to the gym? He implies,”hhmmm……I must be honest I don’t exercise as much as I should but I’m planning to attack it seriously.” What are some clubs you would recommend from your city? What would you recommend someone who visits your city check out if they had to check out one thing or place? He says, “For club I would say Club Riddim because you’re almost certain to see one of your favorite local artists there on any given night! As for things to check out, I would just go ahead and say check out the nightlife of Kingston there is a party going on for everybody crazy parties and hangout spots too much to name!!!”

His favorite color is blue. What is your favorite TV show or Movies? He says,” Two and a Half Men, South Park, Family Guy, Shrek (I’m a lover of animation films) Transformers trilogy, Lord of the Rings Trilogy and the Bourne Trilogy. I heard there’s another one coming out, not sure if this actor can carry it like Matt Damon does but we’ll see.” What is favorite club and drink? He says, “Drink would be Stones ginger wine mix with malta, haha I created that…as for club none really.” Do you have any other hobbies or special talents? He implies, “I draw and paint also although it’s been awhile since I’ve done any.”

If you need to get in contact with Kevin go to www.ruralinthearea.com, Facebook/rural area and

[email protected] If you could leave the Orange Mode readers anything what would it be besides make sure you get your Nine Livez on? He says, “Love and live.” Do you have any other information you would like to share that I did not ask? He says,” Shout out to my friends and fans on Facebook, Kimela Ezechukwu, Zalika Sappleton, Davidacus Holmes, and Marcia Harris. They have been helping me on my journey and we have never met face to face, which goes to show, that despite all the wars and chaos that is going on in the world, there are still good people among us and we need to acknowledge this every chance we get. A big shout out to my manager Maurice Walker, helping to make my dream a reality.”